Genealogy Center staff and volunteers are happy to assist visitors to the museum with their family history research. Indexes to many of these resources will appear on this page.

Resources at the Genealogy Center include: 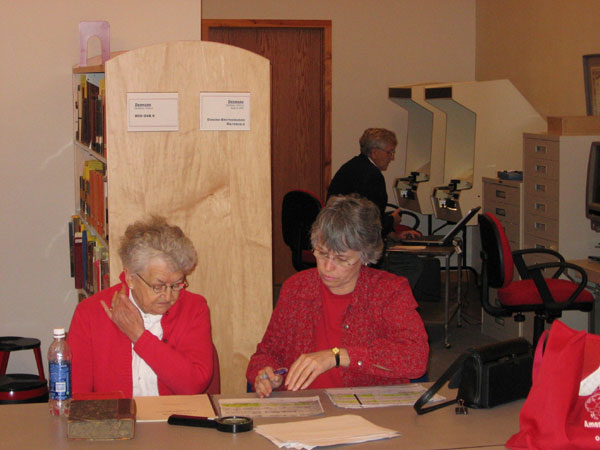 **Digital version of these newspapers may also be viewed here. 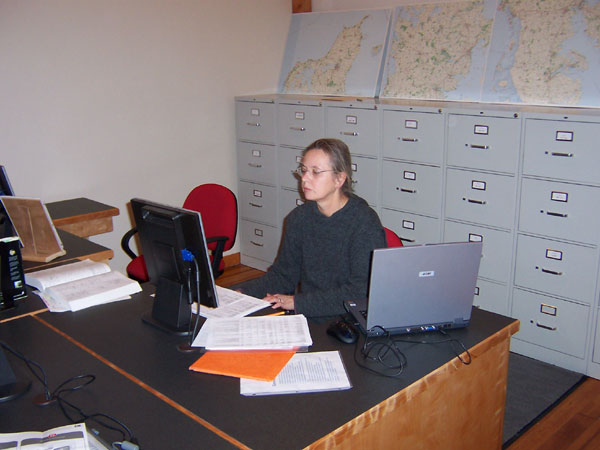 Researching immigrant ancestors is done the same way as researching non-immigrants - by working backwards generation by generation from the present to the past. Collect as much information as possible on the children of the immigrants, the immigrants themselves, and any known siblings. Typical information sources on Danish Americans include the following resources:

Once the above materials have been checked, family documents such as correspondence (including letters, postcards, diaries, or photographs from relatives in Denmark) can help to form a picture of when immigrants came to this country, where they settled, and often where they came from.

The Genealogy Center has an experienced and dedicated group of researchers who will be happy to answer questions. To request paid research see the Translations and Research Services page.

The Genealogy Center has copies of church books from both Danish Lutheran and some Baptist congregations in print, microform and digital formats. Below is a geographical listing of our current holdings for various congregations. Information about how to request searches of particular church books may be found on our Translations and Research Services page. Click here to see church book holdings. Note: DELC = Danish Evangelical Lutheran Church, LC = Lutheran Church, etc.

Much useful biographical material is hidden in periodicals and Danish-language books about immigrants to North America that are not widely accessible. The indexes below may help you locate some of this elusive material about ancestors or relatives. The biographical sketches may be long or just a few lines; those having an accompanying photograph of the individual are marked with an ‘I’ in the Image column.

A listing of U.S. and Canadian residents on whom the Order of Dannebrog or other royal Danish medals have been bestowed. Medals from other Scandinavian countries have been noted when known. Please send additions or amendments with documentation to the Genealogy Center.

For useful books and other items of interest to genealogists visit our Design Store.

Be aware that many Danish immigrants Americanized their names, and consequently their original names in Denmark may have been different. One must have some idea of what the original names were before searching in Danish records. This is sometimes simple (Jørgen and Marie/Maren often became Jorgen and Mary in North America), but is sometimes more difficult to figure out (Jørgen changed to George, Kjeldgaard to Kelgor; Østerbro to Easterbridge, Bruhn to Brown). In addition, not all family members may have kept the same surname or surname spelling.
Prior to about 1850 many Danish surnames were patronymic and not ‘fixed,’ particularly in rural areas, and most women kept their birth names throughout life until late in the 19th century. In addition, there are 3 Danish letters not found in English - æ, ø and å (commonly found as ‘aa’ in older records) – which get rendered in various ways in English.

Danish websites usually require the correct Danish spelling of place- and personal names. The following is a key for making the three Danish letters of the alphabet not found in English on many PCs: Hold down the Alt key (or Fn+Alt on many laptops) + the following 4-digit numbers:

Some Regional Sites (note: many of these pages are in Danish only)

Planning a visit to Denmark